While these are welcomed commitments, more must be done. For China to be a climate leader — and for the nation’s own interests — these commitments to climate action cannot stop at China’s borders. China is one of the world’s largest overseas investors, with financial activities — largely branded through the nation’s massive Belt and Road Initiative (BRI) — comprising 14% of the global volume.

If the system is implemented by the right actors and authorities, it could avert tens of billions of dollars in unsustainable coal finance and over 50 GW of unnecessary coal capacity. This blog explains how a traffic-light system can be designed and implemented to shift investment and lead to a greener Belt and Road.

A System that Speaks Volumes

By far, energy and transport are the BRI’s most prominent sectors, receiving 42.7% of BRI finance since the initiative began. A 2018 WRI study tracked investments in these sectors from 2014-2017, concluding that they were predominantly unaligned with the goals of the Paris Agreement, as 91% of the energy-sector syndicated loans from six major Chinese banks went to fossil fuels. The study also found that China missed significant opportunities to align investments with BRI country climate commitments. 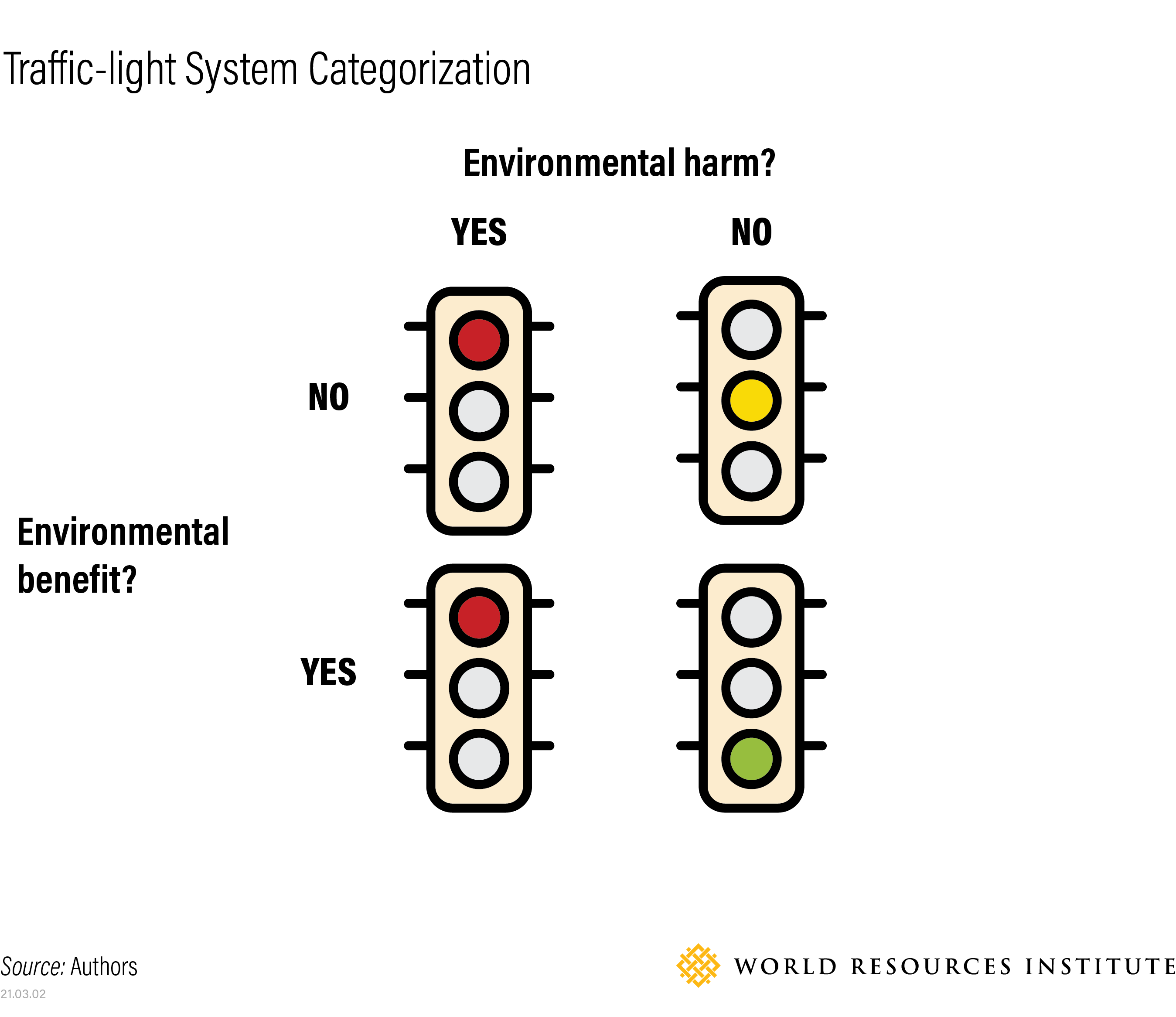 Significant environmental harm is defined according to its scope and magnitude, duration, sensitivity of the affected area, manageability and likelihood of accidents. Based on this definition, renewable energy is not always green. Any project is categorized as red if it poses any harmful impacts. For example, hydroelectric power is sometimes red due to possible impacts to biodiversity from changes to water quality, geology and soil during dam construction. 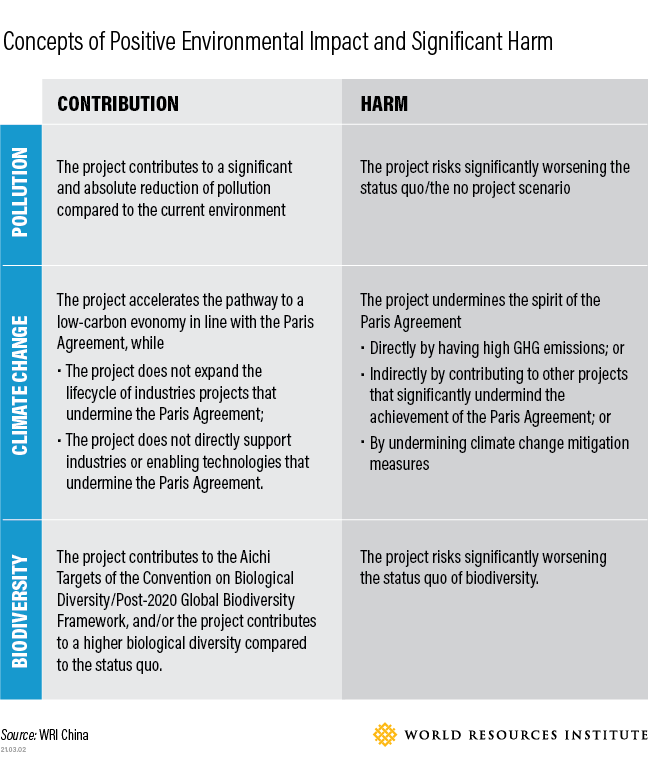 The vast majority of current BRI overseas energy finance would draw concern under the proposed traffic-light system. For instance, around 87% of outbound energy investment to coal, oil, hydropower and gas made by China Development Bank and Export-Import Bank of China from 2014-2019 would have fallen into this category. Of these investments, $26 billion in coal finance would be red-flagged and another $23.3 billion in hydropower projects would deserve at least yellow-level scrutiny. 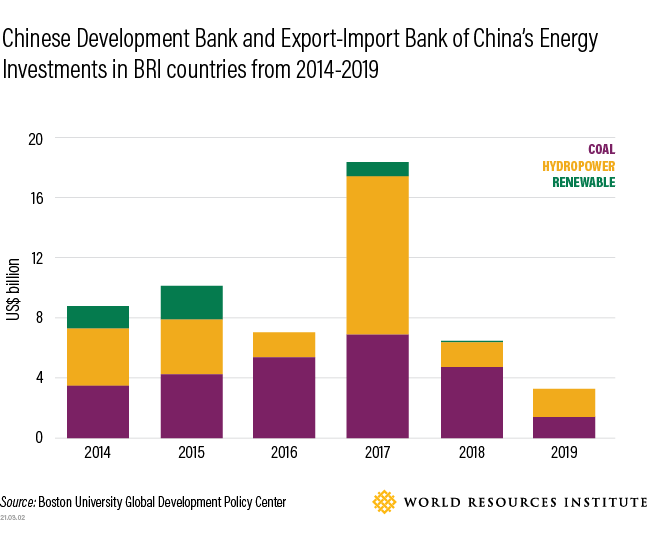 The job gets tougher after coming up with the color categories, because someone must use them for them to matter. For the traffic-light system to play its role effectively, it needs to be embedded into current policy systems.

The Chinese government has taken several measures to streamline and decentralize administration of cross-border investment. Nonetheless, several regulatory authorities — on the national and provincial levels — are currently tasked with assessing and monitoring China’s overseas investment. The traffic-light system needs these authorities on board and taking a hands-on role to effectively shift financial flows away from risky and unsustainable investments.

The most necessary actors to adopt the rationale and practices of the traffic-light system include:

State-owned Assets Supervision and Administration Commission (SASAC) and local SASACs are controlling shareholders of central and locally administered state-owned enterprises (SOEs). China’s SOEs, 95% of whose overseas energy investment was in fossil fuel from 2014 to 2017, are required to file and receive approval on their annual investment plan from SASAC. SASAC has also announced the establishment of a negative list of industries, which will not be allowed for SOEs’ investment. This process could be augmented by the traffic-light system.

The NDRC and provincial DRCs oversee the filing or approval of overseas investment projects. NDRC puts restrictions on a list of sensitive countries, regions and industries, such as cross-boundary, large hydropower projects. Chinese investors have to get approval from NDRC, compared with only “registration” requirement for the other ones. This list could be informed by the traffic-light system.

MOFCOM and provincial commerce authorities file and approve overseas projects. MOFCOM issues the Certificate for Overseas Investment, a must-have for cross-border investors, and keeps records of overseas trading activities. The traffic-light system could be used as a quick scan that helps monitor and capture potential risks from investment during this approval process.

Since these responsibilities are distributed among several ministries, a more coordinated intervention is necessary to prioritize environmental considerations. The traffic-light system can provide some basis for this coordinated intervention: it breaks the wall between environmental, financial and industrial experts within the government and investors by providing a consistent standard for sustainable investments. This can also boost regulators’ confidence in taking on more actions.

Before putting a full stop to coal’s bankroll, a consensus from several policy fronts must be reached, given the distribution of responsibilities and financing across the Chinese public and private sectors. Moreover, to make a traffic-light system effective, its administrators will need to communicate and engage with stakeholders in BRI countries. It is crucial to have BRI country stakeholders as partners in building a greener BRI. 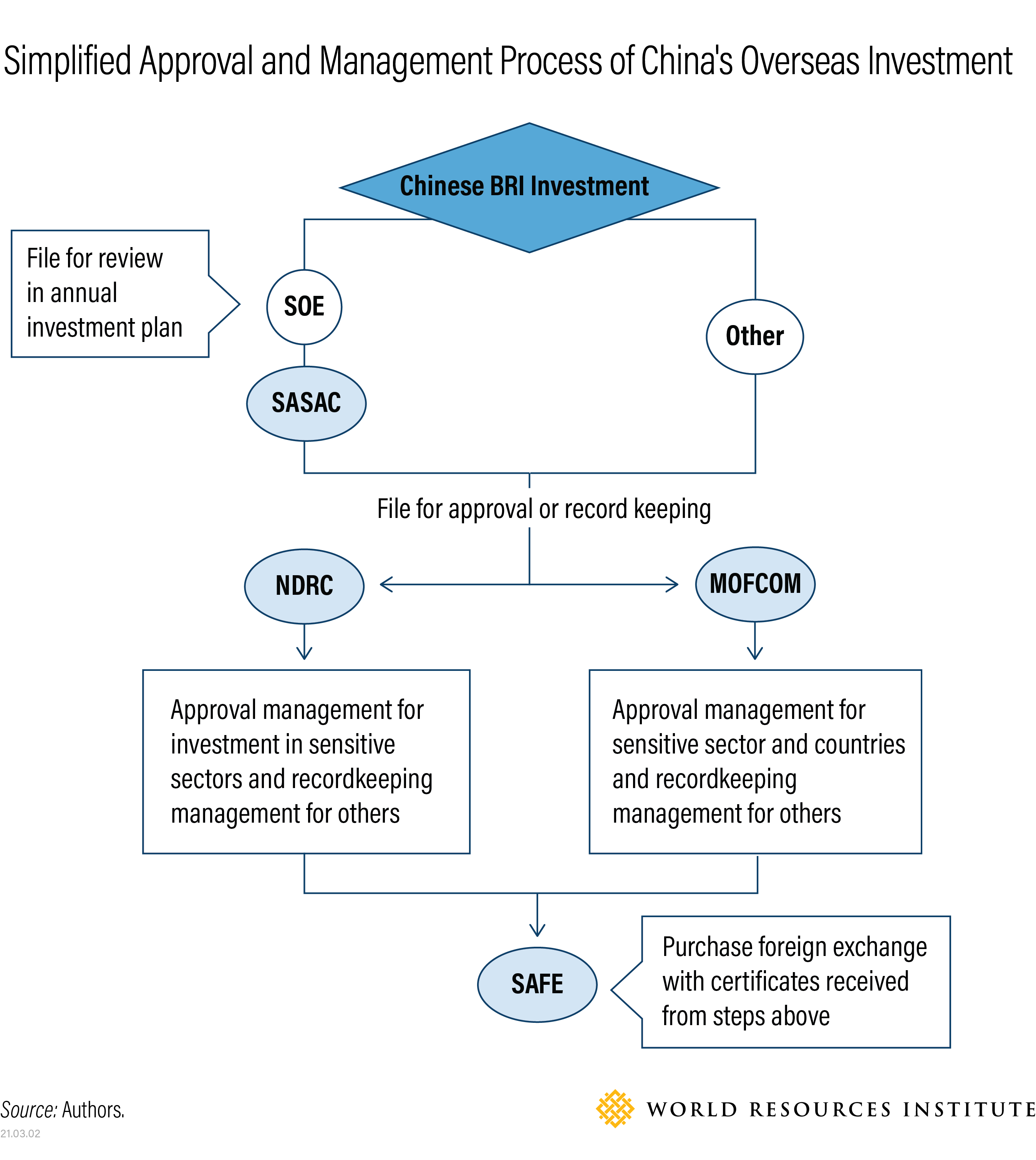 A growing number of funders are ditching coal as peer pressure mounts and the market becomes less competitive for those who stick around. The United Kingdom announced it will end public financing to overseas fossil fuel projects, joining a growing list of countries stepping away from coal investment abroad. Japan also restricted its state-backed coal investment and South Korea processed a set of legislative bills against overseas coal early in 2021.

Meanwhile, the emerging wave of countries quitting coal is building towards an upbeat outlook for a future without coal. These include key countries where China makes Belt and Road investments. Commitments from Bangladesh, Vietnam and the Philippines to phase out coal will avoid 62 GW created by coal pipeline projects. Accentuated by the most recent curb from Pakistan, a strong signal is being sent to global investors that the demand for coal from BRI host countries is dying out.

China’s environmental ministry endorsing a system to flag and avoid environmentally harmful projects, including those involving coal power, responds to this mounting pressure and changing priorities from BRI countries. Now the question is how heavily this negative listing will weigh in the investment process.

An operable traffic-light system to green China’s overseas investments can provide a simplified, applicable solution to meet changing demands at the scale of the problem and help ensure this negative listing will affect the investment process in a positive way. If the right actors in China thoughtfully implement this system, it will lead China’s investments abroad to allow those in BRI countries to meet global climate, biodiversity and sustainable development goals.